The question of whether or not the United States was going to fall over the “fiscal cliff” dominated the news in the weeks and days leading up to the new year. If we would have plunged over the cliff the estate tax parameters would have been quite dramatically affected.

What the above means is that the portion of your estate that exceeded $1 million would have been subject to a 55% tax if no deal had been reached to change things as they stood throughout 2012.

Now that we have a deal in place we can breathe a sigh of relief to a certain extent. The estate tax exclusion is not going down to $1 million, and the maximum rate is not rising to 55%.

Under the terms of the budget compromise that was reached by lawmakers, the base estate tax exclusion is $5.250 million and will be adjusted annually for inflation. The maximum rate of the estate tax has risen from 35% to 40% rather than 55%.

While things certainly could have been quite a bit worse for people who have been able to accumulate significant financial resources, a 40% tax is certainly attention-getting.

Fortunately, there are steps that you can take to preserve your wealth. If you have assets that exceed the exclusion amount you would do well to discuss tax efficiency strategies with a licensed and experienced estate planning attorney sooner rather than later. 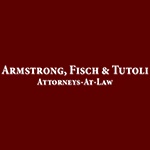 The Duties of an Estate Executor

What is the Difference Between a Revocable and Irrevocable Trust

5 Things Your Estate Plan Can Do For You

Is Your Estate Plan Valid?