Actor Gary Coleman died last week at age 42 after falling at his home. The memorial service that was planned for this past weekend was cancelled and his body remains in a Salt Lake mortuary. His estranged parents and ex-wife all asserted rights to make medical decisions for him, including funeral arrangements.

According to reports, his former agent says Mr. Coleman who was a Utah resident at the time of his death has a CA will from the 1990’s and his former co-star says he has new paperwork. No one has mentioned a Health Care Directive which would have easily named the person he wanted in charge. So the wait begins for the Court proceedings to start…and if for some reason, the Court finds both wills invalid, his estate can pass under the laws of intestacy to his parents from whom he was estranged for over 20 years…

While you wait to hear the latest, call your own estate attorney and make sure your plan is up-to-date! 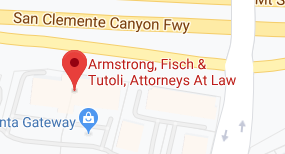